Happy 116th birthday to Theodor Seuss Geisel (aka Dr. Seuss). The information below was taken from 6ABC's post

If interested in some QR code read-a-louds - click on this link - Read Across America Day is March 2, 2020. Here are some Dr. Seuss read-alouds (YouTube with QR codes) available in a Wakelet collection.

We're celebrating Dr. Seuss with five facts about his life you may not have known. 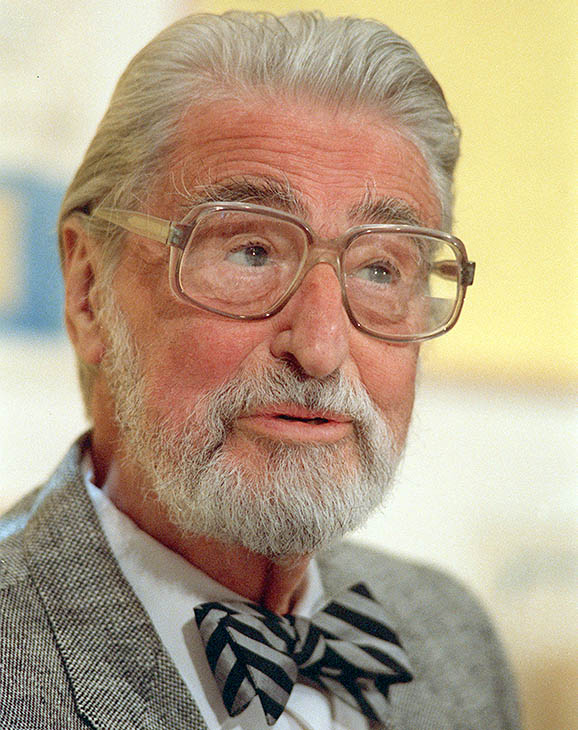 American author, artist and publisher Theodor Seuss Geisel, known as Dr. Seuss, speaks in Dallas, Texas, on April 3, 1987.
1. Theodor Seuss Geisel says he adopted the pen name "Dr. Seuss" because he was saving his real name for the Great American Novel he intended to write one day. 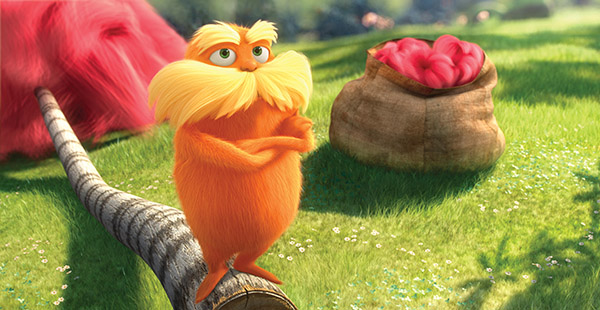 A still from the 2012 film ''The Lorax.''
2. Dr. Seuss was not a doctor. He briefly studied English literature at Oxford after graduating from Dartmouth but instead became a cartoonist. In 1955, Dartmouth awarded him an honorary doctorate. 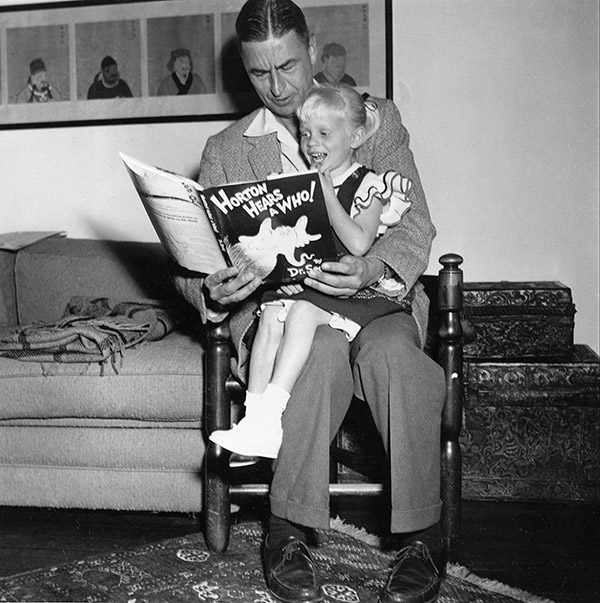 Author and illustrator Theodor Seuss Geisel, known as Dr. Seuss, reads from his book ''Horton Hears a Who'' to 4-year-old Lucinda Bell at his home in La Jolla, Ca., June 20, 1956.
3. Only four of the 44 books Dr. Seuss wrote and illustrated are written in prose. 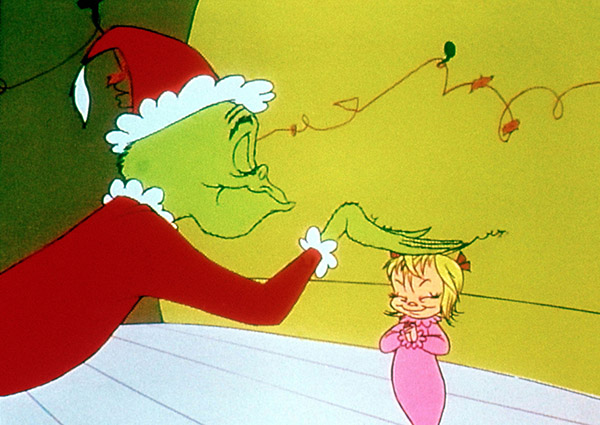 A still from the 1966 short ''How The Grinch Stole Christmas.'' It was based off of one of Dr. Seuss' many books written in verse.
4. Dr. Seuss wrote "The Cat in the Hat" because he was concerned about kids learning
to read. A publisher reportedly challenged him to "Write me a story that first-graders can't put down!" 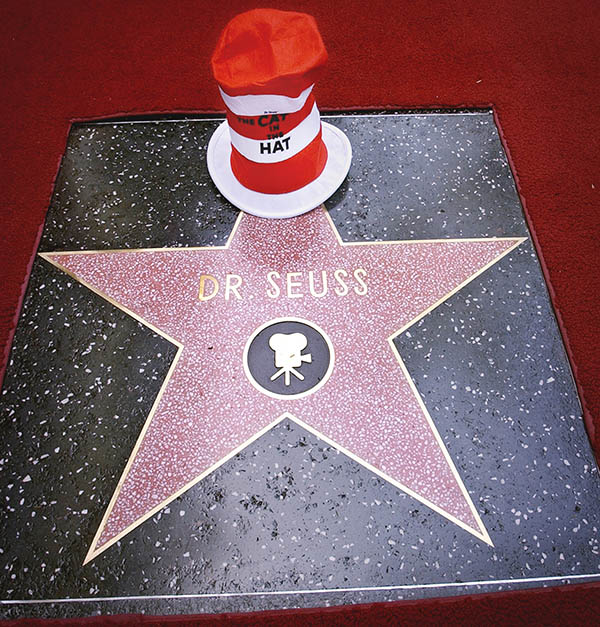 The hat worn by The Cat in the Hat adorns Dr. Seuss' posthumous star on the Hollywood Walk of Fame after dedication ceremonies in 2004.
5. Dr. Seuss has received two Emmys, a Peabody award and a Pulitzer Prize
(special citation).