January 1st was Public Domain Day (for the first time in 20 years!)

That's correct - January 1st, 2019 was Public Domain Day for the first time in 20 years. Richard Byrne supplied us with an explanation from his blog.


"It has been twenty years since the last big batch of works has entered the public domain. Smithsonian magazine has a great article that explains why 1998 was the last time there was a mass expiration of copyright. The short version is "blame Disney."

A full list of items that are now in public domain can be found by clicking here.

The paragraph below is taken from the site as it does a nice job explaining why the film "It's a Wonderful Life" entered the public domain.

It's a Wonderful Public Domain. . . . What happens when works enter the public domain? Sometimes, wonderful things. The 1947 film It’s A Wonderful Life entered the public domain in 1975 because its copyright was not properly renewed after the first 28-year term. The film had been a flop on release, but thanks to its public domain status, it became a holiday classic. Why? Because TV networks were free to show it over and over again during the holidays, making the film immensely popular. But then copyright law reentered the picture. . . . In 1993, the film’s original copyright holder, capitalizing on a recent Supreme Court case, reasserted copyright based on its ownership of the film’s musical score and the short story on which the film was based (the film itself is still in the public domain). Ironically, a film that only became a success because of its public domain status was pulled back into copyright. 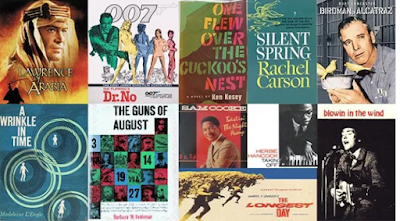